The Beginning: Part I

Once upon a time… circa 1980, there was a man named Richard Orlando. He wanted to become a sport medicine doctor. But one day, a specific life incident altered the course of his life and ultimately led to the beginning of Columbus Ophthalmology Associates.

Now, the real story is a little more involved. But as we celebrate our 35th year serving patients, we are looking back to the beginning of how we gained our roots in Dublin, Ohio and have grown to have so many wonderful professionals working to help Central Ohio have their best vision.

But for now, lets get back to the story… from Dr. Orlando himself…

“First of all, I will tell you I came to Columbus in 1976 to attend medical school at The Ohio State University after graduation from Gannon College in Erie Pa. I was a basketball player at Gannon and originally intended to become an orthopedic and sports medicine surgeon. My medical interview was in January 1976 and was my first time on campus in the medical center. The day of my interview I was at breakfast and sitting across from me was the legendary Ohio State Football coach Woody Hayes. I went over to introduce myself and told him I was hoping to go to medical school at Ohio State and one day be part of the medical staff. He sat me down and asked me about my academic background, my collegiate career and why I wanted to attend Ohio State. We talked about an hour and not once was it about football but instead he told me what a great institution Ohio State was, how hard I would have to work and the benefits of being among some of the best doctors in the world. He told me about the history of the Ohio State Medical Center, how he would visit patients over there and about the two great orthopedic surgeons that were on his medical staff taking care of the players. He offered to introduce me to Dr. Bob Murphy, the head team physician once I was on campus so I could spend time with him and get some insight to sports medicine. I left that breakfast in awe and my interview went very well as I was accepted that weekend to attend medical school at Ohio State.

Because of my undergraduate training as a chemistry and biology major, I was able to complete my first two years of medical school in 15 months and was on track to enter an orthopedic/sports medicine residency after graduating in three years. During the 1978 season, I became a student extern with the football team and athletic department. I spent time in the locker room and on the sidelines at games, worked in the sports medicine clinic during the day and that entire senior year worked covering various sports like hockey, gymnastics, wrestling and volleyball along with various team physicians. 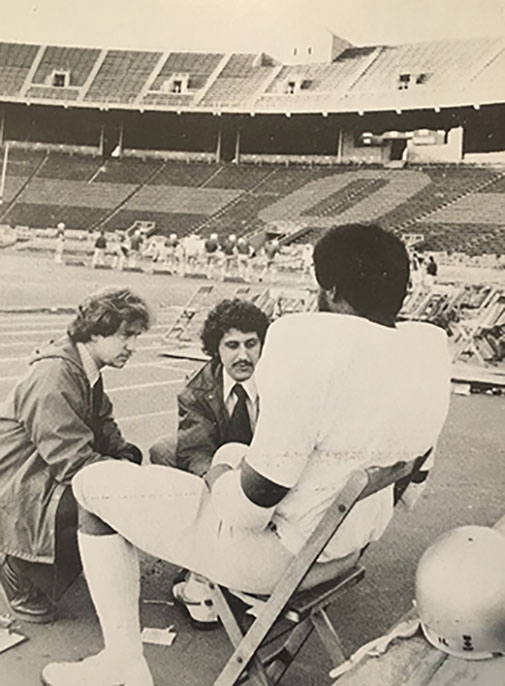 I was prepared to become one of them after medical school until I suffered a sudden loss of vision in my left eye. It happened after a strenuous work out lifting weights one afternoon and I immediately went to the team doctor who was next door at the time and he sent me to the Department of Ophthalmology at Ohio State to see Dr. William Havener, the chairman. He told me I had a condition known as Valsalva Retinopathy and it would clear up in about a month. I was fascinated by the various tests and screenings he did and the way he talked to me about my condition.

I followed up with him for the next month or two and we talked about my future and what I wanted to do. I became very curious and interested in the eye and he offered me a chance to spend a month on his service so I could see first hand the various surgical techniques he performed and the wide variety of pathology that his department took care of. This experience changed my life as I began to understand how devastating losing your vision could be and while I had not permanent damage, that one month of not having central vision pointed me in a different direction. I changed my focus from sports medicine and orthopedics and was able to be accepted into the residency program at Ohio State under Dr. Havener. He became my mentor and influenced the way I care for patients, prepare for surgery and the influence he had not just on my life, but each and every student he came in contact with was profound. The Department of Ophthalmology at Ohio State is now named the Havener Eye Institute and his legacy of outstanding clinical care continues in the many students and residents he trained.”

So as you see, an eye injury sparked fascination which lead to our founder, Dr. Orlando choosing Ophthalmology over sports medicine. Follow along with our next blog to learn how we ended up planting roots in the city of Dublin! 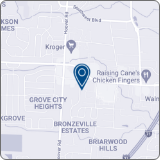